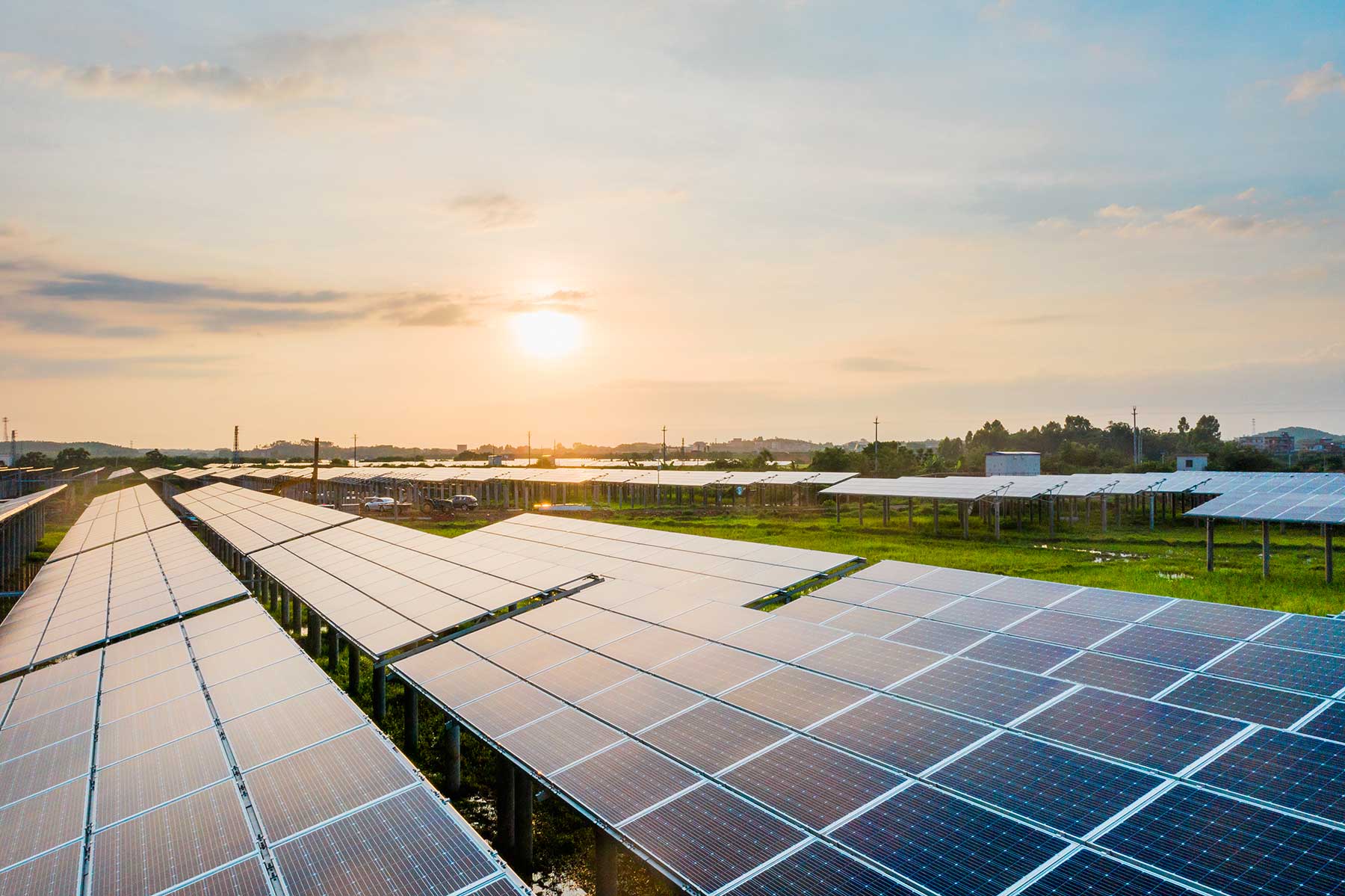 For low-yield greenfields, brownfields for conversion and strips beside motorways, considering the latest developments in agrivoltaics

We will develop your Ground-Mounted Project

From an area of 5 HA

Protecting the climate and energy independence are of utmost importance today! To achieve these goals, alongside placing solar panels on roofs, we also need to set them up on the ground.

The current political situation has shown us that renewables need to be expanded as fast as we can to avoid dependence on energy provision from other countries. To drive forward development in renewables, we will need to set up more solar facilities on agricultural land over the coming years. This was the 2022 resolution of the Federal Government as part of the Renewable Energy Act (EEG). To massively accelerate development of ground-mounted plants, the Federal Government has raised its target to 9000 megawatts by 2027. To this end, the potential areas for ground-mounted plants are being extended: This relates in particular to designated disadvantaged areas and boggy land used for agriculture. So-called “special” solar farms such as agrivoltaic plants should, in future, be given “a long-term perspective”, being transferred to this end from innovation tendering to the EEG.

Improvements have also been planned to strengthen decentralised energy production. Accordingly, in the future, open spaces will be exempted from tendering requirements if used by decentralised energy producers of up to six megawatts of power.
According to experts, the potential for the development of solar in Germany is immense, and has in no way yet been fully exploited. According to a study commissioned by the Federal Ministry for Transport and Infrastructure, the potential unrestricted area for expansion is around 3,200 square kilometres, offering a possible 230 gigawatts with today’s technology.

Alongside the necessity of transitioning to green energy to protect the climate and reduce dependence on other countries, the use of open space to produce solar electricity also offers significant advantages for landowners and communities. 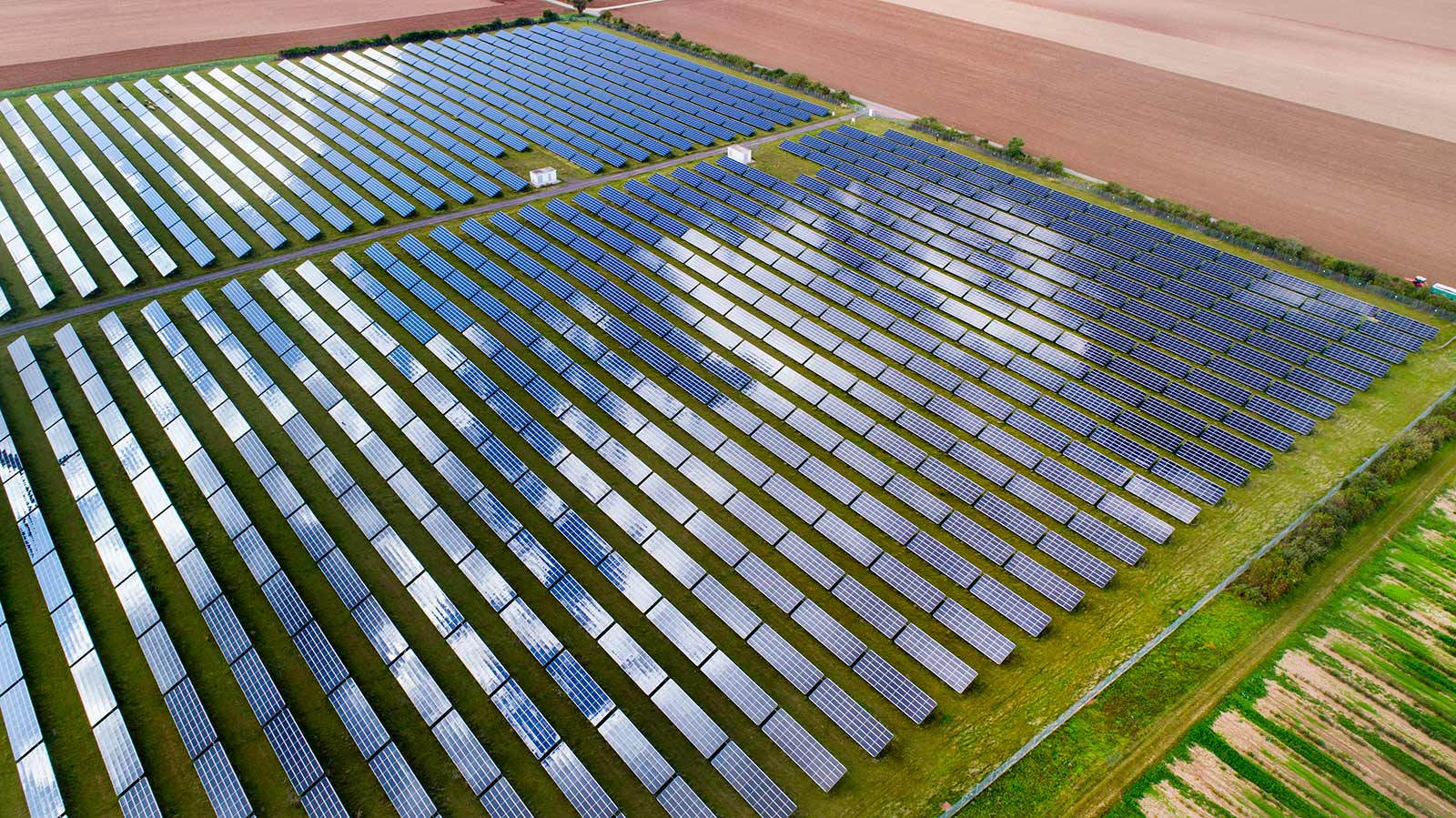 Advantages for rural communities and their residents

What areas are suitable?

Ask for a non-binding offer right now for us to assess your ground-mounted project.

We offer you the ability to increase your profits sustainably and constantly using the right ground-mounted plant concept. We look after the complete project planning from concept creation through planning permission to installation and starting to provide electricity to the grid. The project will break down as follows:

1. Inspecting the area and securing the site

Under § 37 of the Renewable Energy Act (EEG) it is determined when a ground-mounted plant has a claim for EEG remuneration and thus can take part in the Federal Network Agency’s tendering processes to determine the financial support given to ground-mounted solar plants. EEG remuneration guarantees an unchanging energy price for 20 years. This minimises the entrepreneurial risk for photovoltaic projects.

Currently, for each site, a maximum of 10 MWp can be remunerated under the EEG. According to the Joint Tendering Ordinance (GemAV), some rural districts are able to be remunerated for a maximum power of up to 20 MWp via the EEG.

Options for marketing the solar electricity

The solar energy captured can be marketed using various concepts depending on the location. The type of marketing influences the overall economic viability of the ground-mounted project.

The most common areas eligible for EEG remuneration are those in a 110-m-wide strip along motorways and railways, closely followed by plants built on brownfield sites of various kinds. Unused areas in established industrial zones also have good chances for EEG remuneration. Some federal states have resolved to approve solar plants for EEG tendering on greenfield sites and farmland in deprived areas.

If the solar plant does not fulfil the criteria of the EEG, we can aim for marketing as a PPP. Here, a long-term electricity supply contract is drawn up with one or more business partners (e.g. energy-intensive operations or energy suppliers).

Marketing to the electricity exchange

A third option is to market the energy directly to the electricity exchange. This concept is considered the riskiest. However, it is the general practice to market the excess energy produced by solar plants on particularly sunny days here if they do not receive remuneration under the EEG.

The Energy For Now.